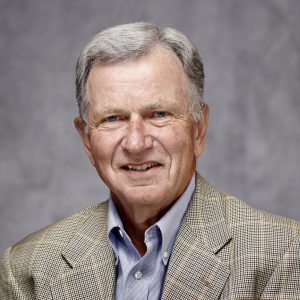 Kermit W. (Butch) Almstedt had an extensive legal career serving as a Trial Attorney, U.S. Department of Justice, Antitrust Division; Assistant Attorney General, State of Missouri and Chief Counsel, Antitrust Division; Legislative Assistant and Trade Counsel to U.S. Senator, John C. Danforth; on transitions teams for the U.S. Department of Commerce and U.S. Trade Representative Office for President-elect Ronald Reagan; and, in the private practice of law where, prior to his retirement in 2005, he co-chaired the International Trade Litigation Group at the law firm of O’Melveny & Myers, LLP.

Butch Almstedt is a long-standing member of the Lutheran Church-Missouri Synod, where, at individual congregations he served as Congregation President, a member of the Board of Elders, Board of Education, Sunday School Superintendent and taught various youth and adult Bible classes. He served as Chairman of Love In Action (a 501(c)(3) organization) which raised money to support LCMS missionaries and underwrite the educational expenses for students attending LCMS colleges and seminaries.

Butch serves as as Director of MCN, the President, and sits on the Executive Committee.