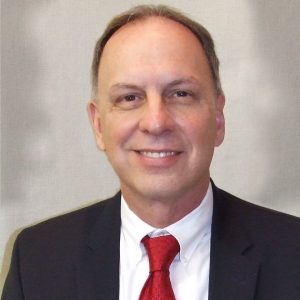 Rev. Dr. John R. Denninger is currently serving his 3rd term as Southeastern District President. He was first elected to the position in May, 2012.

Born in Hannibal, Missouri, John spent most of his growing up years in Fort Wayne, IN. He graduated from Concordia Junior College, Ann Arbor, MI; Concordia Senior College, Ft. Wayne, IN; and Concordia Seminary, St. Louis, MO. He earned his Doctor of Ministry from Fuller Theological Seminary, Pasadena, CA.

After being ordained in 1980, he served as Pastor of Trinity Lutheran Church, Auburn, NE. In 1984, he was called to be Campus Pastor at Nebraska University,Kearney, NE, where he served until receiving a call from Prince of Peace, Springfield, VA in 1988. He served at Prince of Peace first as Associate Pastor, and then as Senior Pastor.

John has been married to Constance for 36 years, and they have three daughters: Jessica, Laura, and Sara;three sons-in-law; and 6 grandsons.