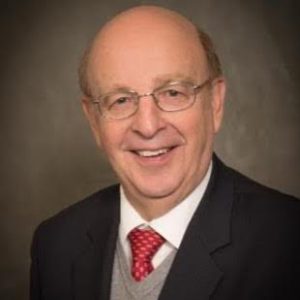 Bob and his wife Rita have lived in Locust Grove, Virginia since June 2015. Prior to that Bob served at Trinity Lutheran Church in Frankfurt, Germany for over 5 years. Growing up in rural Minnesota, Bob has heard since childhood about the importance of overseas mission. As pastor in Mesa, Arizona Bob was involved with several short-term mission trips to Germany as they partnered with the Independent Lutheran Church of Germany (SELK). The teams were involved in VBS and sports camps. Bob has served congregations in Minnesota, Florida and Arizona in addition to Frankfurt Germany.

Bob became involved with MCN in 2014 as a travel assistant and for the last couple of years in Missionary Care. “It has been a blessing to visit the Mission Partners in Slovakia and Hungary a few times to see how the Lord is accomplishing His will through teaching ESL and building partnerships with students and colleagues.”

Bob received his Bachelor’s Degree from Augustana College in Sioux Falls, South Dakota and his MDiv. from Concordia Theological Seminary in Fort Wayne, Indiana. Bob and Rita have two adult children: Robin McAvoy who lives in Arizona with her husband Nate and seven boys; Ryan and his wife Tammy live an hour away in Virginia and have two children.