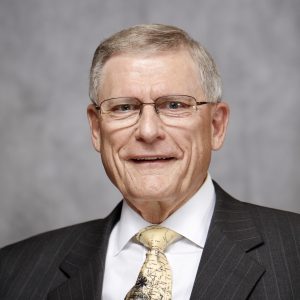 Upon completion of his third three-year term as Synod president in 2010, Dr. Kieschnick and his wife Terry returned to Texas, where he served Concordia University in Austin (2011-15) as Presidential Ambassador for Mission Advancement and developed Concordia’s Christian Leadership Institute.

In January 2016 Dr. Kieschnick returned to Lutheran Foundation of Texas, recently renamed Legacy Deo, where he had served from 1986-91 helping Christians use God’s gifts to create a legacy for family and faith. January 1, 2017, he became Legacy Deo’s Chief Executive Officer.

During his time as president of the LCMS, Dr. Kieschnick served on the Board of Directors of The Lutheran Church—Missouri Synod and as chairman of The International Lutheran Council, comprised of presidents and bishops of over 35 worldwide Lutheran church bodies.

Prior to becoming LCMS national president, Dr. Kieschnick was president of the Synod’s Texas District for 10 years (1991-2001). During that time he chaired the LCMS Commission on Theology and Church Relations (1998-2001) and served on the executive committee of the LCMS Council of Presidents (1997-2001).

Jerry and his wife of 51 years, Terry, have two grown children, Andrew Kieschnick and Angela (husband Todd) Keith and two grandchildren, Kolby Keith and Kayla Keith — all of whom live in Texas.