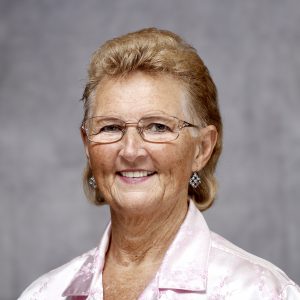 Patricia began her teaching career in Springfield, Illinois at the new Lutheran High School opening in 1979. She taught several courses, coached and began her administrative service while in Springfield. She then moved to Dallas, Texas in 1985 where she continued teaching for two years before beginning full-time administrative work. While at Lutheran High School, Dallas, Patricia served as the building Principal from 1987-2001 and then received the appointment to the position of Head of School.

In the fall of 2006, her ministry took her to the international side of education serving in the position of Principal of the high school division at Hong Kong International School in Hong Kong, SAR. In June of 2014, Patricia returned to the USA to retire with the intent of serving God through the field of missions.

In March, 2015, Mission of Christ Network (MCN) appointed Patricia as the Director of Education, overseeing Lutheran educational networking efforts across the globe.

While in Texas, Pat served on several district committees as well as on the Board of Directors for the Association of Lutheran Secondary Schools.

During her tenure at HKIS, Pat was privileged to continue her love for travel and service as she lead a number of service trips to the Philippines, Mongolia, China and North Vietnam.

Patricia has been enormously blessed by her Lord and Savior, being challenged in many experiences yet being confident in God’s leading and HIS faithfulness throughout her life. To God be the Glory!