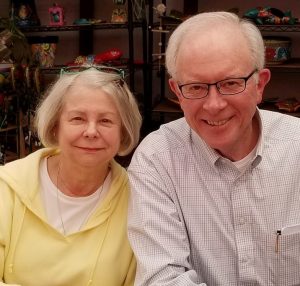 A native of Quincy, Ill., David has a journalism degree and theology degrees from each of the Missouri Synod’s two seminaries. He served as pastor of Trinity Lutheran Church, Glen Cove, N.Y., before accepting a call in 1985 to be director of news and information for The Lutheran Church—Missouri Synod and editor of the Synod’s official periodicals. From 2005 to 2009, he was the assistant to the executive director of LCMS World Mission, and from 2009 until his retirement in 2016, he served as a missionary in Germany. In the fall of 2019, David and his wife Lois served with MCN in Asia for a short time, filling in for a pastoral vacancy. He currently volunteers as the newsletter editor for Mission of Christ Network and chairs the Board of Missions at St. Paul’s Lutheran Church, Des Peres, MO.